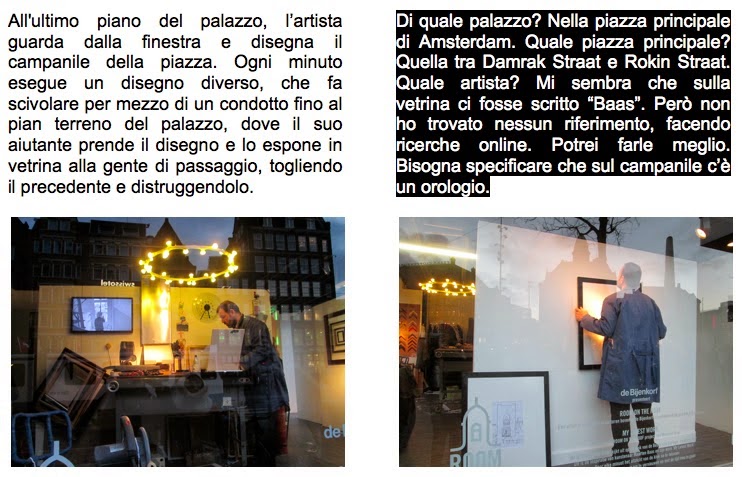 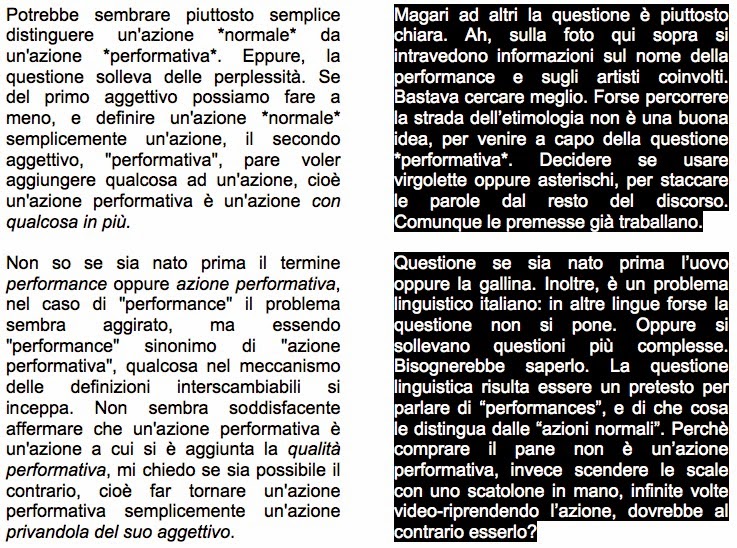 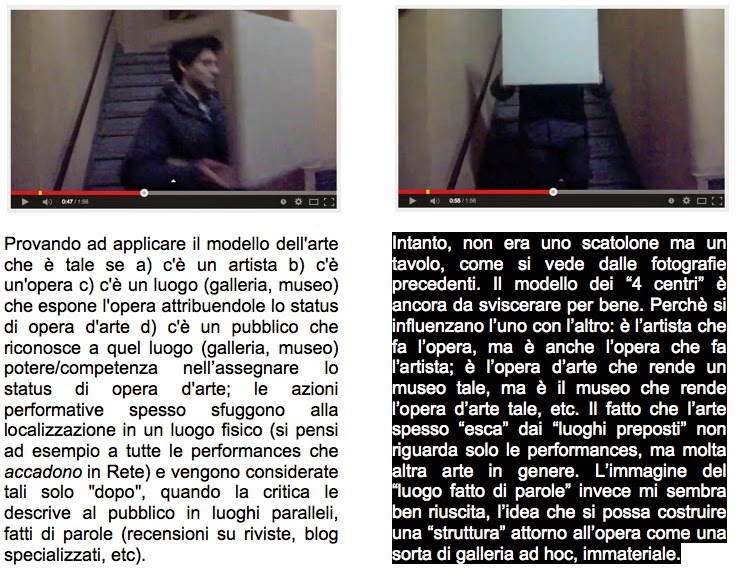 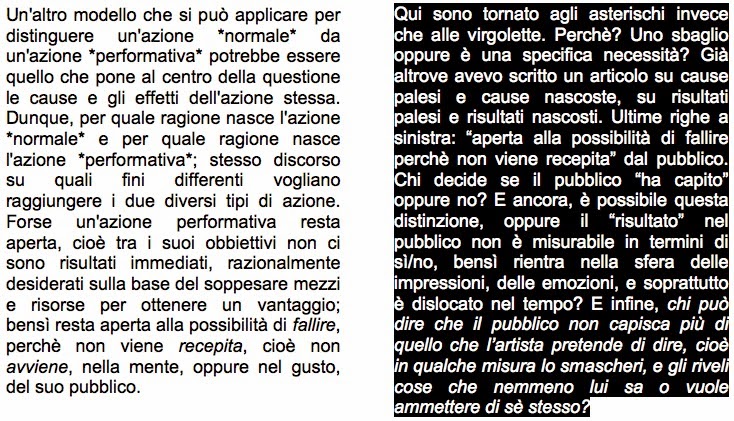 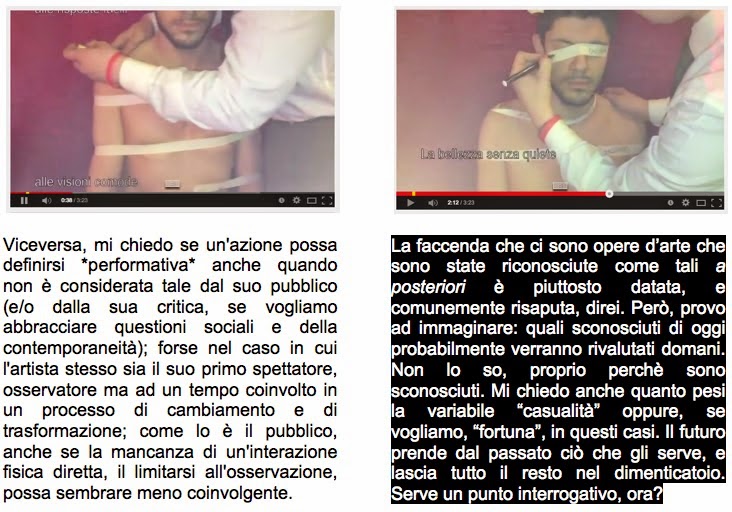 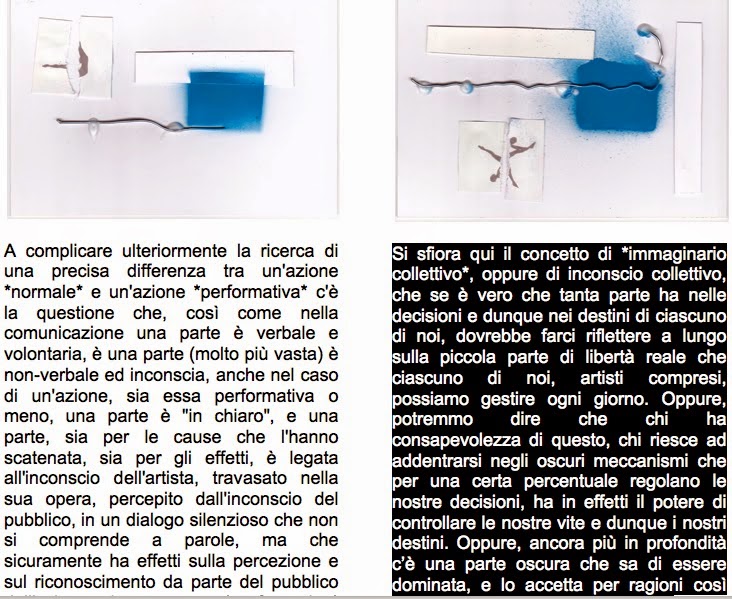 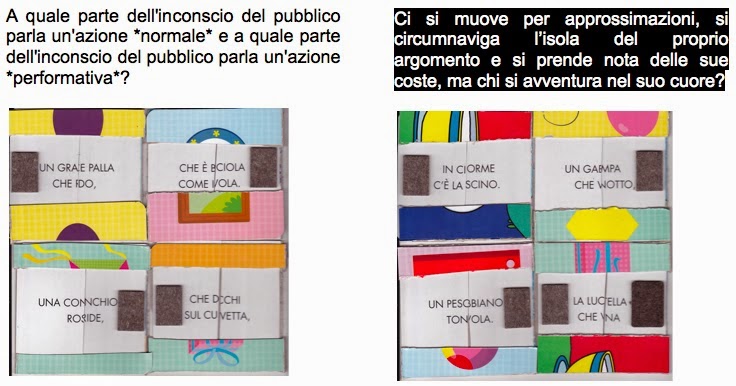 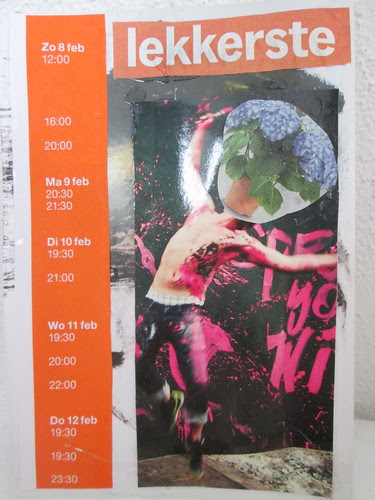 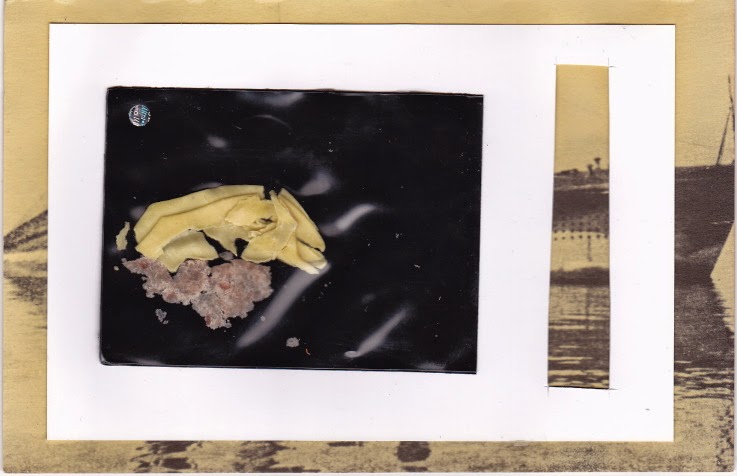 A: Maybe you're right. However, you can consider that the decay is only from a human point of view. For nature, it's just transformation :)

L: I will try to see this decay series a little bit more as natural transformation. Maybe, for me, it will be a one-time-only experience.

A: I think it's so interesting the discussion about impermanence, also in art. It fits well with your consideration about the one-time-only experience.

F: And I think that impermanence in mail art is particularly true. Open mail art, read mail art, blog mail art, put it in a draw. Sometimes put it on a wall. Sometimes repurpose it. How many times does anyone look at mail art received or blogged yesterday? Last week? Last year?

A: Very interesting what you write, F. and very true. I would say that we could expand in this way the discussion: distinguish between the problem of "conservation", the intent of the artist (if it persists over time or not), and finally the impermanence physical, material, of the art "object".

L: Paper ephemera is something I use a lot in art -- it's nearly my favorite thing to use. The expectation of impermanence and the daily deterioration of papers helps me feel the immediacy of a project; its transient quality and the freshness of execution necessary. The Japanese have a similar approach and philosophy behind some of their art and culture: the transient nature of life, and the beauty of its decay and change, though it seems their sensibility is more bittersweet than mine. To me, impermanence, transience, immediacy and necessary freshness give cause for celebration and joy: babies are wondrously beautiful, but they do turn into us. Oh my. Andrea, I was thinking about what you said of "the intent of the artist (if it persists over time or not)." Do you think of intent as a concrete thing? Or is artistic intent also ephemeral, not a point on a line, but a morphing of the artist's wisdom?

D: The view of the majority of critics is that the intention of the artist or author has little or no impact on the meaning of the work of art. That meaning is a construct of social, cultural, economic, blah blah forces. Comes from a well known essay from 1940s which is pretty much universally accepted now.

L: D., I have not read the essay, but will do so later. For now, I say, and believe, that intention is a quality to itself, and the degree to which intention is a part of a work of art depends on the success or failure of the artist to embody that intent within the work. Ineptitude, naivete, or whatever, may prevent the manifestation of the artist's intent. That said, I believe that to the most discerning eye, the artist cannot hide who she/he is in their work. And then, beyond even that, is the work itself, sort of suspended in space, turning and seen from all directions as a thing of power and meaning. Or not.

D: L., that's a pretty dull essay they make people read in school. The concept might be enough.
Reading interviews and artist statements about intent will always be popular. I think a main idea is that meaning has more to do with how you (or I) perceive the work than what the artist tells us we should think about the work. And I agree - visual artists are often very disappointing when explaining what they were doing. Some times they don't even know, and they admit it. Sometimes they lie. (I wouldn't believe a word Andy Warhol said was sincere.) Ever read Jackson Pollock explain cogently what he did? The critics had to do that for him. I don't mean to suggest censoring an artist's statement of intent. Ultimately, I don't take it vert seriously. I look at the work. Hard.

L: Ok D. Glad to skip it. And I agree. The art does, and has to, stand alone. Still, without context, artistic expression may lose a great deal of its meaning. And intent is part of that context.

A: Can I give one last tip to the discussion?
As well as in communication, there is a verbal part (conscious) and a non-verbal component (unconscious), so also in an artwork the artist transmits part of his unconscious, unwittingly and without realizing it. And I am certain that the viewers (without realizing it) perceives it. There is thus a kind of silent dialogue between artist and viewers, which remains unknown but real because it goes to increase the unconscious of the "users" of arts.

L: Yes, I agree, and I know I experience that.  After having viewed some art, I feel my perception subtly changed, though not in any way I can pinpoint. like something passing between me and a bright light, too fast to catch, but feel the ripple of shadow. More poetry than analysis.

A: Perhaps one of the key aspects of the art, because it can be called such, is precisely to bring into play both hemispheres, both the rational that the creative one. Still, I think it is even more mysterious, as if each of us, all the time, contributed to the collective imaginary, reworking and giving back to the world. Without knowing it.

L: As if artists are all engaged in an amorphous, 'butterfly effect,' process that, over time, develops and changes the collective perception?

A: ...and changes also the artists, because they get feedback about how viewers and, in general, society consider their art, in a way or another.

F: Interesting comment earlier in the discussion about changes in the materials themselves. Sometimes as I sift through my received box, a delicate piece may fall off, or tear a little. And I took down a card I made from my wall to replace it with something more recent, and couldn't believe how much it had faded in one year. I don't use archival quality printing ink, but still, I was surprised.

A: Two thoughts about.
The first: the ideas can ride the matter, but since the matter is destined to become, that is, to change the form that we gave, ideas must also transmigrate: in other minds, so that they can survive the impermanence of matter , change, grow. The second: Perhaps there is no time capsule big enough to hold all the meaning that we give to a work: so, it is always a choice, partial, representative, symbolic, never complete. 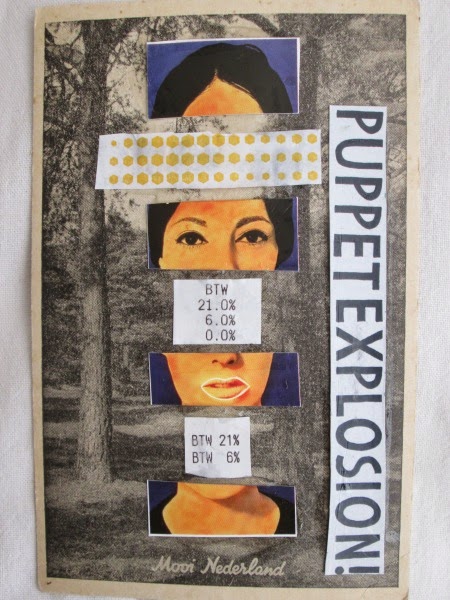 L: That was a pretty good tour, Andrea, for it being "Not a Tour."  I probably missed something. Not the first time.

L: Andrea, I do admit that sometimes I'm concerned that all my comments on IUOMA are a little tiresome for people. It's just that when I see things in the photo gallery that interest me, I feel that the artist would like to know -- I would like to know, myself, if someone found my art interesting. I do sometimes wonder a little bit  why there is so little commentary even though there are so many members.

A: Your comments are always welcome, L. The fact that there are many users but few comments... I would not be obnoxious... but I think it's because it's easier to share art rather than staying behind the art of others. And then, let's not forget the "agonistic" component... in any case, I think in general it's because the role of "viewer" is seen as less participatory and creative than it is in reality.

L: What you say makes sense. I was just thinking, also, that commentary is a way of building community on the IUOMA site. We lose a little of our anonymity when we put ourselves out there with an opinion or query. It isn't always comfortable to express thoughts in writing.

81 windows of the train 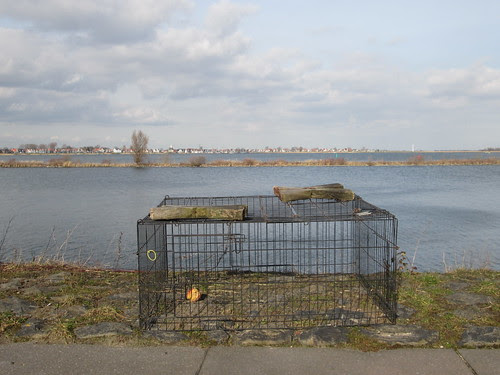 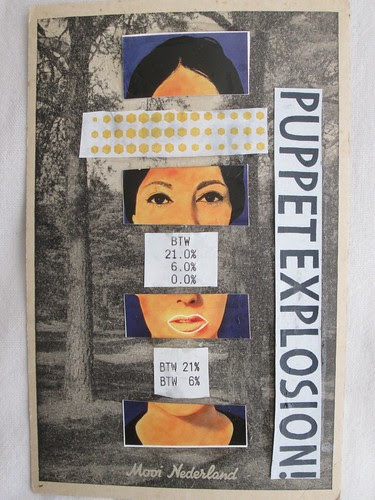 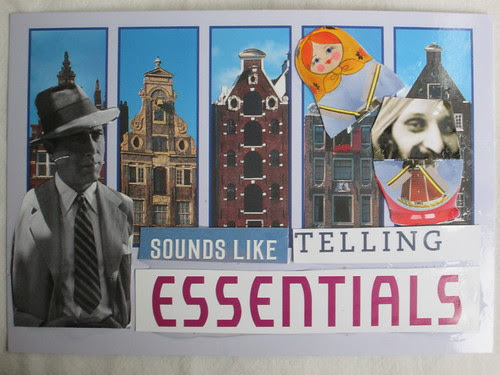 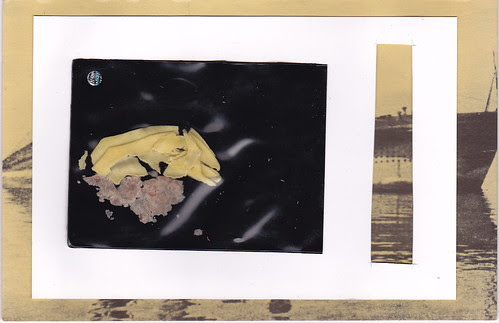 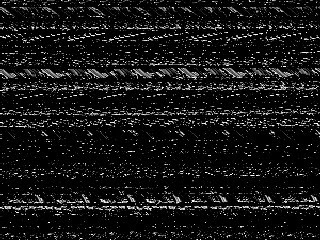 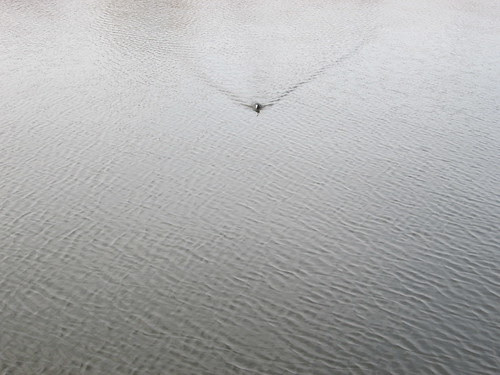 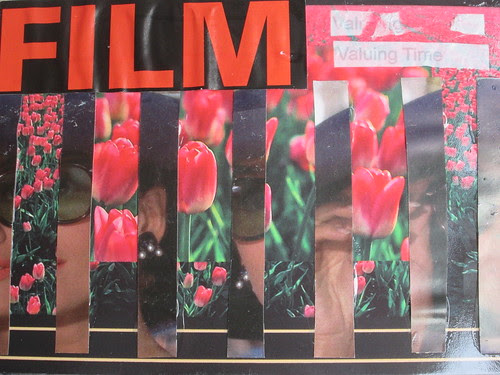 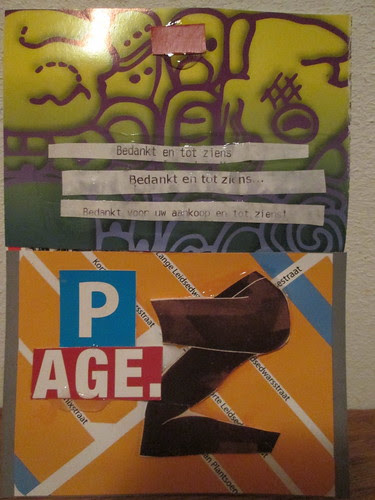 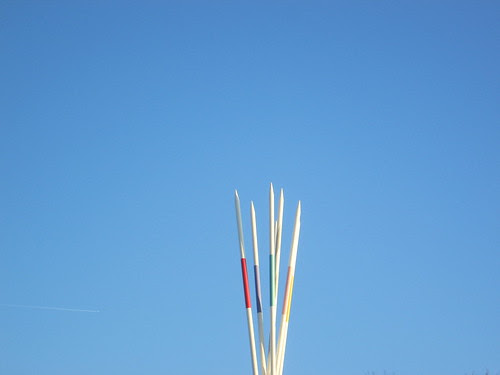 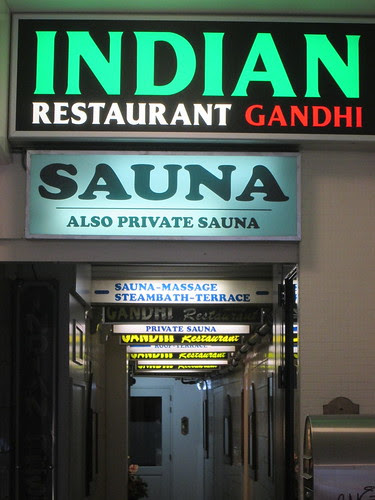 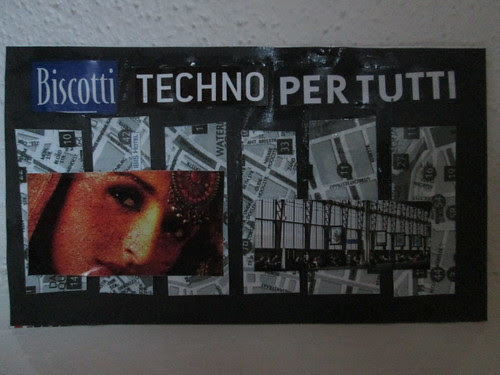 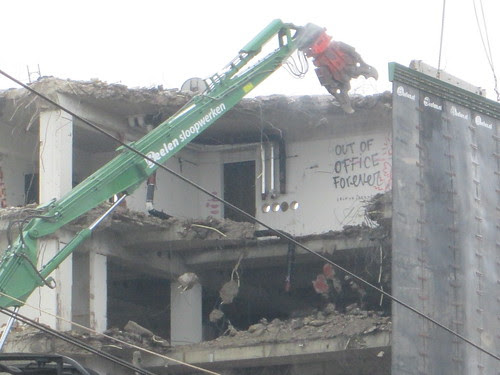 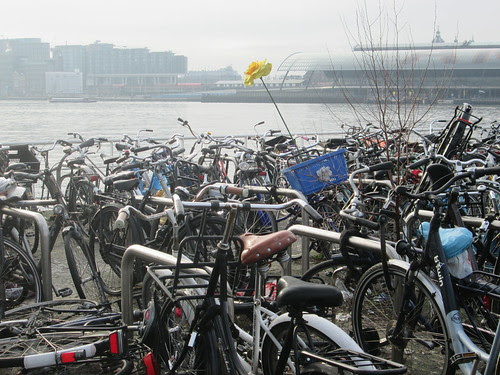 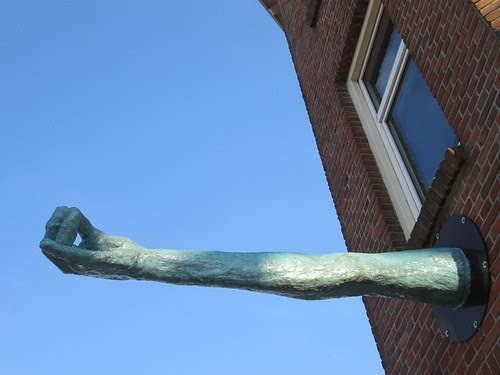 The thing that sees 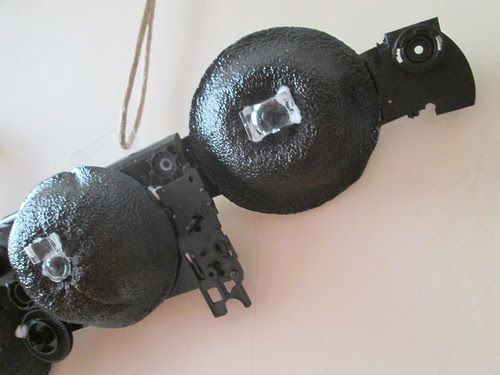